Beer-related frases from across the Spanish-speaking mundo 🍻 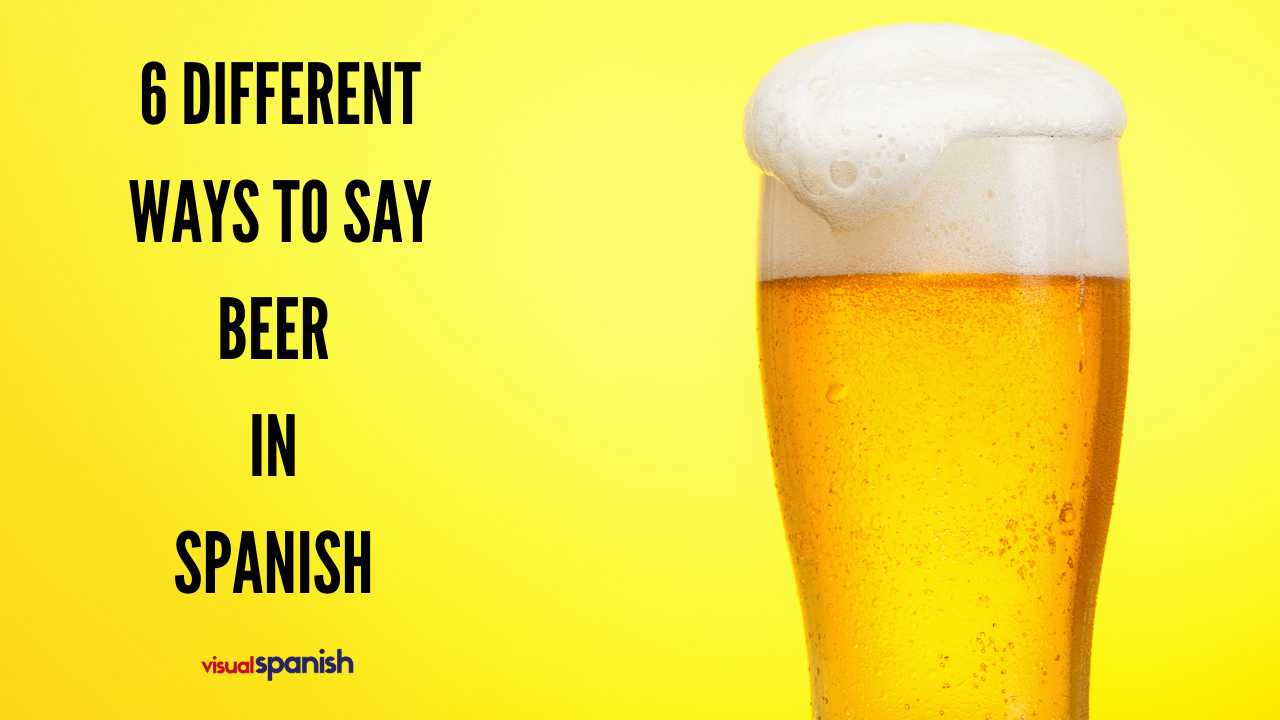 As you probably know, there are toons of different regional variations present in the Spanish language. Something that is said in one Spanish-speaking country could mean something completely different in another region, so if you plan on visiting various lugares it's good to know the different terms and palabras.

Beer -one of the most popular alcoholic beverages in Latin America and Spain- has various associated slang terms.

These are some of the most popular ways to say cerveza (the generic palabra for 🍻 in Spanish):

Practice up and you'll be able to drink cerveza like a local in any part of the Spanish-speaking mundo.

Visual Spanish teacher you español for real - The stuff you'd hear on the streets of Buenos Aires, Cartagena, or Mexico City. Sign up today and start speaking like a local, not a gringo.